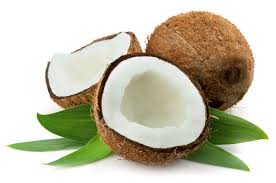 What is Coconut Milk ?
Coconut milk is the liquid that comes from the grated meat of a brown coconut. It should not be confused with Coconut water. The colour and rich taste of coconut milk can be attributed to the high oil content. Most of the fat is saturated fat. Coconut milk is a very popular food ingredient used in Southeast Asia.

Traditionally coconut milk is acquired through grating the coconut flesh, and then mix it with small amount of water to dissolve the coconut's whitish fatty content. The grating process could be done in traditional manual way or using grating machine. Several grades of coconut milk exist: from thick at 20-22% fat to thin at 5-7% fat level. Thick milk can be prepared by directly squeezing grated coconut meat through cheesecloth. The squeezed coconut meat is then soaked in warm water and squeezed a second or third time for thin coconut milk. Thick milk is mainly used to make desserts as well as rich and dry sauces. Thin milk is used for soups and general cooking. This distinction is usually not made in Western nations since fresh coconut milk is rare, and most consumers buy coconut milk in cans.
Coconut water is the watery liquid that usually comes from the young, still immature green coconut, although mature coconuts also have coconut water. Often the still jelly-like coconut meat is also added to make a tropic drink.
Coconut milk can be made at home by processing grated coconut with hot water or milk, which extracts the oil and aromatic compounds. It has then a fat content of 17-24% depending on the fat level of the coconut meat and the quantity of added water. When refrigerated and left to set, coconut cream will rise to the top and separate out from the milk. To avoid this in commercial sold coconut milk, an emulsifier(s) and a stabiliser(s) have to be used.

Manufacturers of canned coconut milk typically combine thin and thick milk, with the addition of water as a filler.

Depending on the brand and age of the milk itself, a thicker, more paste-like consistency floats to the top of the can, and is sometimes separated and used inrecipes that require coconut cream rather than coconut milk. Shaking the can prior to opening will even it out to a creamy thickness. Some brands sold in Western countries add thickening agents and/or emulsifiers to prevent the milk from separating inside the can, since the separation tends to be misinterpreted as an indicator of spoilage by people unfamiliar with coconut milk.Once opened, cans of coconut milk must be refrigerated and are usually only good for a few days. If not, the milk can sour and spoil easily.

Fresh coconut milk has a consistency and mildly sweet taste similar to that of cow's milk, and if properly prepared, should have little or no coconut odour. It may be consumed raw by itself, or used as a milk substitute in tea, coffee, or baking by vegans or people allergic to animal milk. It can also be mixed with fruit to make a yoghurt substitute. 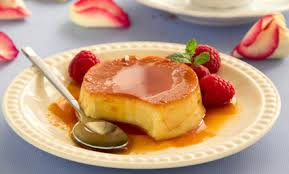 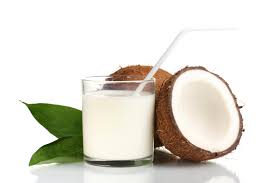 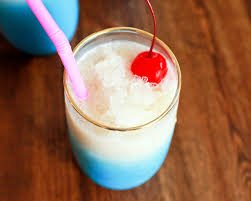 There is a widely popular iced drink called cendol, where a chilled coconut milk will be added with green jellies made of rice flour and sweetened with liquid thick palm sugar. Coconut milk is often used in traditional hot drinks, such as bandrek and bajigur from West Java, Indonesia.


In southern China and Taiwan, sweetened "thin" coconut milk is served on its own as a drink during spring and summer. It is made by adding sugar and evaporated or fresh milk during the process of preparing the coconut milk. Another Chinese drink is coconut milk diluted with water, then mixed with fresh or evaporated milk in a 1:1 ratio and a spoon of condensed milk or sugar for each cup. They are served chilled.
How to Make Coconut Milk Beverages?