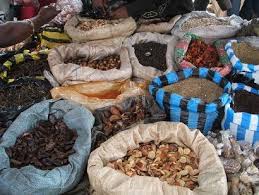 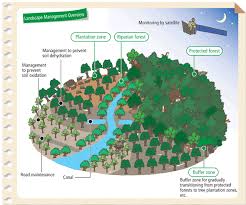 SHORT TERM TRAINING COURSES AT TFRI, JABALPUR
Tropical Forest Research Institute, Jabalpur established as a regional centre of Forest Research Institute and colleges, Dehradun in 1973 was upgraded in 1988, to a full fledged premier institute of the country under the Indian Council fo Forestry Research & Education. The Campus of the institute spreads over an area of 109 ha with various laboratory facilities and amenities of residential compex, Kendriya Vidyalaya, student/ scientist hostels, rest houses, etc., besides an experimental are of 300 ha, situated only 8km away from the main campus.

The institute houses a central library for providing up-to date literature search. It has its own service branch to look after instruments and vehicles. A mini telephone exchange, bank, post office and dispensary are also located within the institute campus. Laboratories of the institute are equipped with sophisticated analytical instruments and are capable of addressing research problems related to forestry sector. All the research divisions are provided with computers for composing, data analysis and reprography. The institute houses SEM for morphological investigation at cell and tissue level, atomic absorption spectrophotometer for quantification of trace elements and heavy metals in plants and GC/HPLC for identification and quantification of bimolecules of economical and physiological value. New additions to the lab equipment include AFLP, thermal cycler, ultra centrifuge and deep freezer.

The India Trade Promotion Organization (ITPO) is pleased to announce the launch of the 34th edition of the mega event, India International Trade Fair (IITF). The fair will be held during November 14-27, 2014.

IITF is the largest integrated trade fair with B2B and B2C components. It has emerged as the largest consumer goods fair in the Indian sub-continent. The format of IITF has Business, Social, Cultural and Educational Dimensions that are weaved together where visitors and exhibitors, media persons, marketing professionals, social activists, NGO’s come together to explore their objectives. A number of Government Organisations use this platform to spread awareness about their programmes and policies among the public. As such almost all States and Union Territories of the Federal Government of India participate in this event.

The position of women and their status in any society is an index of its civilization. Woman constitutes the family, which leads to society and Nation. Social and economic development of women is necessary for overall economic development of any society or a country.
Woman has entrepreneurial abilities but has not been capitalized in a way in which it should be, where they can excel their skills with maintaining balance in their life.
Women are considered as equal partners in the process of development. However, women have not been actively involved in the mainstream of development even though they represent equal proportion of the population and labour force. Primarily women are the means of survival of their families, but are generally unrecognized and undervalued.
In the present changing scenario, skills in entrepreneurial development have become important. Women entrepreneurs have been making considerable impact in almost all the segments of the economy. Many entrepreneurial opportunities particularly for women are still emerging in various fields such as computers, electronics, medicine, agriculture, food technology, fashion designing etc.
‘Women Entrepreneurs’ is an act of business ownership and business creation that empowers women economically, increases their economic strength and position in the society.