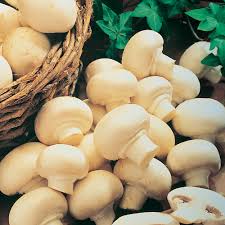 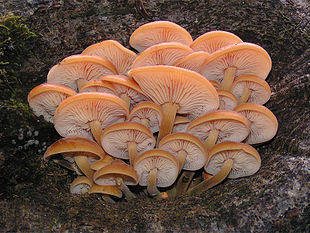 A mushroom is the fleshy, spore-bearing fruiting body of a fungus, typically produced above ground on soil or on its food source.
Mushroom farming  takes a knack and careful attention to important cultural details. Whether you’re considering building a large commercial Agaricus facility or growing a few Shiitake logs in the barn, profitable mushroom farming, like raising any farm crop, is a just a matter of hard work and careful procedures.

Organisms that support the mushroom bloom must be made to grow, and those that can spoil crops must be halted. Successful mushroom farming on any level is about establishing the procedures that ensure the right balance of control.
Even the seasonal mushroom growers who do not use climate-controlled environments have to maintain a strict adherence to bed preparation and mycelial growth procedures.

One key to any new mushroom-growing operation is good record keeping. As new growers experiment with different techniques in an effort to find the most productive methods for their farm, good records will allow them to more easily duplicate their most successful attempts
Create a Mushroom Growing Medium
The mushrooms we see on top of the surface are the fruits of plants made up of thin, thread like cells called mycelium. Just as tomatoes are the fruit of tomato plants, mushrooms are the fruit of organisms that spend most of their lives in the form of a mycelium.

The basis of any mushroom-growing operation is the growing medium that supports this mycelium.
Mushroom fungi are saprophytic, which means that they eat dead plants rather than produce chlorophyll to trap energy from the sun like common green plants. They do not grow well in regular soil, but prefer more fiber-filled environments.

There are two basic categories of cultivated mushrooms:

Most U.S. commercial growers produce button mushrooms in tiered beds of compost that are housed in climate-controlled rooms. A fair amount of European farmers grow crops on hay bales in darkened greenhouses. Many Asian farmers grow their crops in rooms full of thousands of glass jars filled with spent barley husks. Tall plastic bags of straw are hung from the ceiling in some other facilities.

Many growers are now growing their crops on cut tree logs, either inside or in outdoor, open sheds. Probably the most popular new method is to grow mushrooms in plastic bags filled with sawdust. New growers can take their choice of designing a system that fits their situation, or following the methods of an established grower.

The basic requirements are the same: Growers must provide a controlled medium on which the mycelial growth can spread.

It’s no surprise then that a grower’s ability to locate a steady supply of the base materials they use to prepare their growing medium is a key point.

A nearby dairy farm, a field-crop refuse supply, or a relatively inexpensive source such as animal fodder or processing waste, are all possible material sources. Smaller growers may weigh the cost of slightly more expensive materials such as stove pellets or feed cubes.

Have You Developed a Marketing Plan?

Market research, potential customer interviews and the design of product packaging systems should all occur before the first crop is inoculated.

New growers will have a difficult time competing against established outfits. Instead, new growers must find a niche market, which is likely to be the small local grocer or farmer’s market. New growers may also be able to find a spot in the value-added marketplace by incorporating their mushrooms into a cooked food product.

The demand for specialty mushrooms is booming these days. Portobellos are particularly hot right now, but that’s a difficult type to grow if you don’t already have a large compost-type facility. There’s no doubt that mushrooms are popular with consumers.

Historically, mushrooms were considered a food for the aristocrats, and both the Romans and Egyptians considered them the “food of the gods.” Since the first large-scale European mushroom cultivation in the limestone caves near Paris in the 18th century, mushrooms have been growing in popularity, and today U.S. mushroom consumption is around 750 million pounds per year.

Mushroom-growing industries are springing up in many countries around the world including Mexico and Bolivia. Huge quantities of mushrooms are grown for the Asian market, which is the largest in the world. Asian consumers also are devout believers in the medicinal value of mushrooms—over 50 different species are regularly prescribed by Chinese doctors.

There are two main types of mushrooms: mycelial and mycorrhizzal. Essentially all the cultivated types are mycelial and can grow wherever there is an appropriate growing medium.

Mycorrhizzal types need to grow in association with the roots of a living plant or tree. Morels, chanterelles and truffles are examples of mycorrhizzal types. There are some efforts to develop systems for growing truffles and morels, but essentially all of the commercially cultivated mushrooms are of the mycelial type.


If the idea of mushroom farming appeals to you, there’s no better time to get started. A bit of research, a little Yankee ingenuity, and you’ll be ready to start producing delicious mushrooms.