(95)Start a Chain Link Fence Making
Powered by a vibrant economy, strong housing markets fueled by the growth of the construction business, the portable fencing industry in India has witnessed an unprecedented growth in the past decade. This has been further complemented by a growing demand for more innovative temporary fence systems that not only offer security and privacy but also are aesthetically pleasing.
A chain-link fence (also referred to as wire netting, chain-wire fence, cyclone fence or hurricane fence) is a type of woven fence usually made from galvanized or LLDPE-coated steel wire. The wires run vertically and are bent into a zig-zag pattern so that each "zig" hooks with the wire immediately on one side and each "zag" with the wire immediately on the other. This forms the characteristic diamond pattern seen in this type of fence.
The popularity of chain-link fence is due to its relatively low cost and ease of installation. A further advantage is that due to the open weave, chain-link fences are transparent, and do not obscure sunlight from either side of the fence. If a semi-opaque fence is desired, this can be achieved by the insertion of slats into the mesh.
The installation of chain-link fence involves setting posts into the ground and attaching the fence to them. The posts may be steel tubing, timber or concrete and may be driven into the ground or set in concrete (preferably both). End, corner or gate posts, commonly referred to as 'terminal posts', must either be set in concrete footing or otherwise anchored to prevent leaning under the tension of a stretched fence. Posts set between the terminal posts are called line postsand are set in concrete footings (or in some locations driven in place) at intervals not to exceed 10 feet. The fence is attached at one end, stretched, and attached at the other, the excess being easily removed by "unscrewing" a wire. Finally it is tied to the line posts with aluminum wire. In many cases a bottom tension wire, sometimes referred to as coil wire, may be stretched between terminal posts to help minimize the in and out movement that occurs at the bottom of the chain-link mesh between posts. Once stretched, this wire should be secured to the line posts and the chain-link mesh "hog ringed" to the tension wire 2' on center. The installation of this wire is generally done prior to the installation of the chain-link mesh.The manufacturing of chain-link fencing is called weaving. A metal wire, often galvanized to reduce corrosion, is pulled along a rotating long and flat blade, thus creating a somewhat flattened spiral. The spiral continues to rotate past the blade and winds its way through the previous spiral that is already part of the fence. When the spiral reaches the far end of the fence, the spiral is cut near the blade. Next, the spiral is pressed flat and the entire fence is moved up, ready for the next cycle. The end of every second spiral overlap the end of every first spiral. The machine clamps both ends and gives them a few twists. This makes the links permanent.


An improved version of the weaving machine winds two wires a round the blade at once, thus creating a double helix. One of the spirals is woven through the last spiral that is already part of the fence. This improvement allows the process to advance twice as fast[2].
Chain Link Fence Making Machine Manufacturers in India. Chain Link Fence Machines are basically used to produce Chainlink Fence. This machine is loaded with all kinds of modern and contemporary features. This Semi Automatic machine has been designed for producing fence net of square or diamond shape and that too by using different sizes of Galvanized or PVC Coated wire, with single twist. This whole process is usually known as Chainlink fencing or netting. 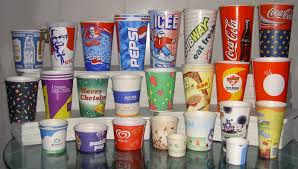 94. Start a Paper Cup Manufacturing Business
In India, since usage of non-biodegradable Plastics are banned in Government establishments and when most of the people have foregone Plastics as an ethical concern towards the world, the demand for Paper Cups has increased, since it is made mandatory at most places.The Paper Cup Industry is witnessing significant growth both due to the demand and ethical production processes. The product’s innocuous nature, upon disposal, due to its easily degradable quality makes it a desirable and preferably convenient essential product. Another reason for its abundant supply and corresponding demand is its impact on production costs.
A paper cup is a cup made out of paper and often lined with plastic or wax to prevent liquid from leaking out or soaking through the paper. It may be made of recycled paper and is widely used around the world.

Normally, beverages are not carried by people in the cities especially when they are purchased in places like movie halls, multiplexes, etc. They are mostly consumed in paper cups and then to throw the it  away into the dustbins.
Manufacture


The base paper for paper cups are called "cup board" and are made on special multi ply paper machines and have a barrier coating for waterproofing. The paper needs high stiffness and strong wet sizing. The cup board grades have a special design for the cup manufacturing processes. The mouth roll forming process requires good elongation properties of the board and the plastic coating. A well formed mouth roll provides good stiffness and handling properties in the cup. The basis weights of the cup boards are 170-350 g/m. 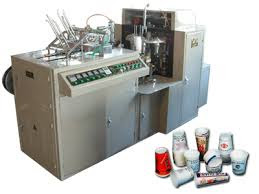 Good response
“There is a lot of optimism among the farmers and they are willing to try the new methods of fish farming for fishes such as Rohu, Catla, Pangasius and also new varieties such as Tilapia and sea bass,” says Mr. S. Amalraaj, Indian Representative for Muyang company in Chennai.
Aquatic animals cannot digest starch effectively resulting in excessive excrement which causes physiological problems such as excessive gas, bloating diarrhoea and these apart, from affecting the growth of the fish also lead to water pollution.

Easy digestion
The extrusion which is a high temperature and short duration process cooks the materials killing the germs and pathogens and makes the feed easily digestible.
The response from farmers is encouraging as the use of extruded floating fish feed comes with a host of advantages in terms of digestion ,growth, water protection, zero water pollution , optimized labour usage and zero wastage of raw materials
In the traditional method of fish farming, a mixture of de-oiled cakes/ or rice bran is used for feeding the fishes.
The mixture normally settles down at the pond bottom causes water pollution. There is also a lot of wastage which otherwise could have been used for other applications
Since the raw materials are not formulated well, the growth of the fish takes longer duration
of time involving higher feed conversion ratio.

Traditional feeding
For traditional feeding about 4-5 kgs of raw materials is required to produce 1 kg of fish. Whereas through extruded feed one requires about 1.2 kg to produce 1 ktg of fish
Extruded feed is much more safe, because fed ingredients can be pasteurized or sterilized during feed extrusion operation, thus reducing the effects of feed on the health of aquatic animals and water quality.
feed-based technologies in practice in some of the Asian countries have shown beyond doubt that soya-based fish feeds have delivered immense commercial benefits.
The work done so far in India has resulted in the country emerging as a significant producer of soya-based extruded floating feeds and sinking pellets for fish. “Indian entrepreneurs have invested in imported extrusion machinery to produce floating fish feeds,” said Dr Vijay Anand, technical director of ASA's Asia subcontinent aquaculture programme.
Currently, there are as many as seven feed mills with installed capacity of 72 tonnes an hour which is set to soon expand to 203 tonnes an hour.
Soyabean meal is the main source of protein in the formulations and the incorporation levels are in the 35-45 per cent range. Other ingredients used include rice-bran, broken rice, wheat bran, wheat flour, corn gluten meal and copra meal.
Conceding that feed is only a part of aquaculture value chain, the aquaculture industry needs species diversification — in addition to the current carp and Pangasius — improved hatchery technology, refinement of farming system, diversification of farming system and improved fish marketing for better consumer acceptance, Dr Cremer said.
Earlier in the day, this correspondent was witness to harvesting of a record 20,000 kg of fish — each weighing one kg on an average — by renowned feed-makers Growel Feeds from a leased pond near Gudivada. The fish were fed soya-based feed.
India's fish production is approximately 8 million tonnes and the fisheries sector provides employment to about 15 million persons. Given that we have 7,000-km-long coastline and the biodiversity, the potential offered by fisheries sector is immense.
Posted by Prem Dubey at 07:49 No comments: