Start a business of Ice Sculpture

Start a business of Ice Sculpture 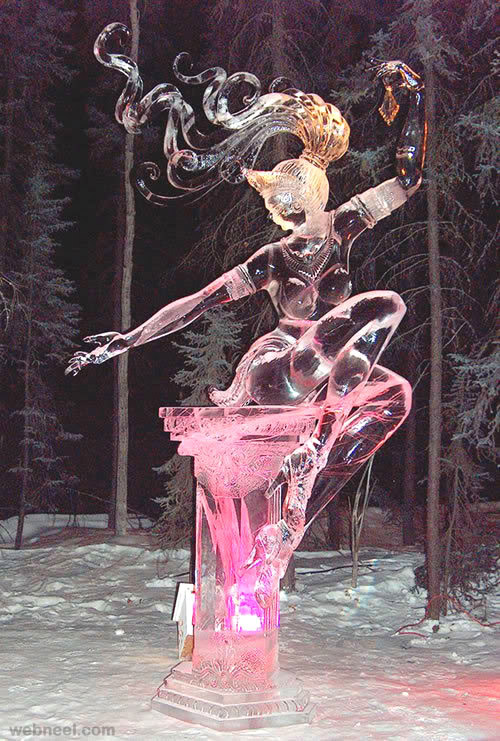 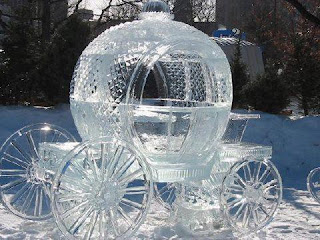 Ice sculpting is an amazing hobby that takes an enormous amount of talent. But that talent doesn't have to just be a hobby. Take your sculpting skills and turn them into a profitable ice sculpting business.


What is Ice Sculptures ?

Ice sculpture is a form of sculpture that uses ice as the raw material. Sculptures from ice can be abstract or realistic and can be functional or purely decorative. Ice sculptures are generally associated with special or extravagant events because of their limited lifetime.

If you’re good with your hands and love making beautiful art, you should consider starting your own ice sculpture business and let others enjoy your work. An ice sculpture is a sculpture that uses ice as the material. Ice sculptures can be decorative or functional and are usually seen at weddings and other extravagant events due to their limited lifetime. Sculpting ice is a specialized skill but if you’re an artist who works with clay, wax or wood, you should be able to make a smooth transition to working with ice. You will need a few tools you typically won’t see in an artist’s studio such as a chainsaw, some chisels and a die grinder. Search your area for an ice house that sells ice that is clear and not cloudy. It’s important you start with clear ice so you end up with a clear sculpture. Consider working out some sort of discount deal with your ice supplier since you will be purchasing from him quite often. Business ideas like this one are only successful if the work is topnotch. So it’s important that before you try to sell your sculptures, you practice a great deal. Start with smaller blocks of ice and work your way up to large blocks. You’ll need to be familiar with what each tool does to ice and when to use each tool. Take pictures along the way so that when you’re ready to sell your first piece, you can put photos of your better sculptures in a portfolio (or on your website if you choose to have one) to show to potential clients. You’ll need to work out a delivery method to transport sculptures from your workshop to your clients’ venues. You can either purchase your own refrigerated truck or you can choose to hire a courier with a refrigerator truck to transport your ice sculptures. Make sure the transport vehicle has proper tie-downs so your sculptures are stable and make the trip safely. Market your business by talking with event planners and wedding coordinators in your area. Show them your portfolio or website and give them plenty of flyers that they can then show to their clients. Your marketing materials need to include your price structure so customers know what to expect. You could have a few pieces that you specialize set at one price and if a client wants something unusual for their event (or just something not on your list) you would charge more. You may quickly find that your ice sculptures are the talk of the town and you’ll then be able to raise your prices.
Who would possibly want to learn how to make ice sculptures? The answer is thousands of chefs and caterers. Providing you have the skills and abilities to produce ice sculptures and can teach other people, then you have overcome the first hurdle in establishing a new business venture that teaches students how to make ice sculptures. Ice sculpture classes are best suited to being marketed directly to restaurant and catering company owners by arranging a presentation appointment to display and demonstrate your service. The business does not require an operating location, as you can travel to your client's business location and teach the ice sculpting classes on-site. This is an inexpensive business to establish and there should be no problems charging clients $40 to $50 per hour for the classes.
A Day in the Life of an Ice Sculpture Business Owner:
Your day will begin with a check of any orders you need to complete that day. Depending on how quickly you sculpt, you may only be able to do one or two sculptures a day and you will need a large freezer if you plan to keep them at your workshop for very long. This means you will probably sculpt and deliver pieces in the same day. You will arrange for transport of your sculptures and stay in contact with your clients to make sure the venue is prepared for delivery. On days you are not sculpting, you will work on marketing your business.
About Your Customers:
Your customers will be event planners, brides and anyone else needing an amazing centerpiece for their elaborate event.
What You Need to Start:
The Good:
The Bad:

1.   Get some tools including a chainsaw, chisels and die grinder. Experiment with other sharp objects and observe the pattern they leave on the ice. If you like one pattern more than the others, add that tool to your toolbox.