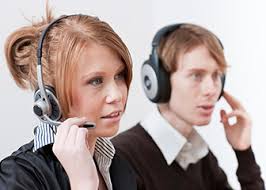 There's no denying the global marketplace is growing and reaching beyond the borders of China and Mexico. All that cross-cultural communication is creating a growing need for translators, according to the U.S. Bureau of Labor Statistics’ Occupational Outlook Handbook, 2010-11 Edition. It predicts a greater demand for interpreters and translators resulting from the broadening of international ties and growth in the number of non-English speakers in the United States will result in a projected 22 percent increase in the number individuals employed in this profession.

This translates into a big business opportunity for entrepreneurs who can bring foreign-language speakers together with businesses in need.

How to Become a Professional Translator and Interpreter

Achieving a successful career in the field of translation and interpreting is not easy and it requires education, skills, hard work and determination.
1
Get the right education and qualifications. Get a degree or a combination of degrees in translation/interpretation studies, foreign languages, linguistics, comparative literature, or intercultural communication and all the qualifications and training necessary.

2
Gain experience. This involves interning with an office or an organization or simply freelancing. For tips, see How to succeed as a freelance translator.

3
Join a local or national professional translation/interpretation society. Such organizations exist all over the world and serve as a means of providing proper certification as well as professional development opportunities.

4
Choose an area of activity. Different careers require different things. If you do not want to freelance, you will need to get signed with an agency, a translation office, publishing house, a large business or an organization, such as the UN or EU.

7
Be quick and effective. To succeed, you need to work fast, yet provide high quality services.

9
Work hard. Just like in any other business, you have to work really hard to succeed. To become really successful, you might (and probably will) have to work nights, weekends and holidays.

10
Practice. When you're not working on a contract or at a conference, exercise your translation and/or interpretation skills for fun by rendering things like news broadcasts, news articles, short stories, etc.

11
Maintain your languages. Human language is a very fluid and constantly evolving entity. Travel to the countries/regions where your languages are spoken, watch films and soap operas, befriend native speakers, read comic strips, newspapers, and novels etc. Interpreters in particular have to be conscious of a language's dialects and different registers of speech.

In a struggling economy, many people worry that they don’t have enough job security. However, there will always be jobs that are in high demand, especially as society becomes more and more globalized. One of those jobs is in translation. Translators can make anywhere from $25,000 to $175,000 a year, with some jobs paying even more. The industry has been growing at a rate of 13% per year, which means that there will always be a demand for new translators who want to enter the market. Whether you want to work in the military or in a court room, there are always be people hiring translators. The US government pays over one billion dollars a year to various translation services, with state and local governments paying around $900 million. And then there are all of the various private organizations who are in need of translators.
Becoming a translator is relatively simple, especially if you are already bilingual. Experts advise perfecting a single language rather than being okay in multiple ones, and they also say that it is good to have knowledge of the industry which you want to go into. For example, if a hospital is hiring for language translation jobs, they are more likely to pick a translator who speaks Spanish and English and has a nursing degree rather than a translator who has no experience with the medical industry. To become a translator, you must be fluent in multiple languages and you must also become accredited. To help buffer your resume, it may also be wise to take a language proficiency test. Try to gain experience through internships this will also make you more attractive to employers.
Picking the right language is also important. If you are already immersed in a certain language at home, you may find that becoming fluent in that language is easier than others. If you have trouble with memorization, you may want to pick a language that uses the same alphabet as yours. There are many factors which make certain languages easier to learn than others.
You must also consider the language in relation to your location and economic situation. In America, you will have a lot of competition if you are an English-Spanish translator, but the government could always use more English-Arabic translators. If you are more interested in the business or technology side of things, Chinese may be the best language to learn. Since Chinese is so difficult, it scares a lot of people off, so you will prove that you are a hard worker when you show an employer the perfect scores that you got on a Chinese proficiency test. In the end, though, there are translation jobs available for almost every language out there, and the question is not “will I get a job,” but “how long will it take to get one?”
For more detail click on:
http://www.ugr.es/~benjamin/TRANSLATOR%20TRAINING.pdf
http://www.careerpath360.com/index.php/the-benefits-of-being-a-translator-22444/