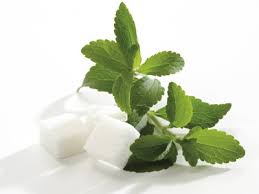 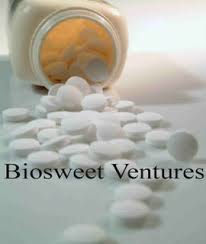 Stevia Agrotechnology
1.0 Product and its applications
Stevia (Stevia rebaudiana Bertoni) is an incredibly sweet herb. It contains a sweetener namely, stevioside which is nearly 300 times sweeter than sugar. Stevia is often referred to as the "sweetest plant of the world". The fresh leaves have a nice liquorice taste. Stevia is a calorie- free, cholesterol-free sugar alternative. Many different uses of stevia are already well-known: as table sugar, in soft drinks, pastry, candy, jam, chocolates, biscuits, beverages, pickles, tobacco products, yoghurt, chewing gum, sorbets and diabetic medicines. The dried leaves of stevia are about 30-40 times sweeter than sugar. The documented properties of stevia are antibacterial, anti fungal, anti-inflammatory, anti-microbial, anti-viral, anti-yeast, cardio tonic, diuretic, hypoglycaemic, hypotensive, vasodilator and hence a boon to diabetic people. Stevia originated in the northern regions of South America but now its cultivation has become popular worldwide. The part of the plant that is above the ground is harvested, 5 times a year, up to 6 years of age for commercial use. The roots remain in place and the plant regenerates again.
2.0 Market Potential

Stevia is poised for major growth in the Indian cash crop market as domestic and export demand is estimated (in 2008) to leap by 300% over the next three years. India tops the diabetic population with 30 million patients, which is expected to increase to 80 million in 2025. China ranks second in diabetic population followed by the US and Russia. Currently Japan has been using Stevia on large scale.

Worldwide, 32,000 hectares are covered under stevia cultivation, of which China has a major chunk of 75%.The Indian farmers have also started taking up stevia cultivation following the large demand for diabetic market here. .The country's total annual production is currently nearly 600 tonnes. The climatic conditions in most parts of India are quite favourable for stevia cultivation.
3.0 Basis and Presumption

a) The agricultural land and related infrastructure is available with the entrepreneur.

b) Provision has been made for additional investment on drip irrigation which can be saved if good irrigation facilities are existing.

c) Prices are calculated as per the prevailing market rates.

d) The yields depend on proper implementation of package of practices.

e) Economics of cultivation greatly improves on scale of operation.

f) This activity provides tax-free high returns. Additionally a number of government support schemes are available. Latest provisions need to be checked up.

g) Market for medicinal plants is volatile and economics may vary from time to time.
4.0 Agri practices
4.1 Land

Land is ploughed and cultivated twice to prepare a fairly smooth surface.
4.2 Transplants

Transplants from cuttings are superior though cost makes it prohibitive. Stevia is propagated from seed in plug trays placed in greenhouse for period of 7- 8 weeks.
4.3 Planting

Depending on different climatic conditions stevia is cultivable throughout the year except for times when it is extremely hot or cold. Stevia plug plants are planted into the field on 53 cm or 61 cm row spacing with a total plant density in the order of 100,000 plants per hectare.

The plant has low nutrient requirements; however a soil test should be conducted.
4.5 Irrigation

Normally, the stevia plant requires frequent, shallow irrigation. Generally, one applies irrigation if the stem tips are drooping at least once per week.
4.6 Weed control

Insect pest pressures other than cutworm are minimal. Septoria disease can cause considerable damage to the stevia crop. Animals like the sweet taste of Stevia.
4.8 Harvesting

Time of harvesting depends on land, variety and growing season. Generally it can be scheduled when plants are 40-60 cm in height. Shorter days induce flowering. The part of the plant that is above the ground is harvested, 5 times a year, up to 6 years of age for commercial use. The roots remain in place and the plant regenerates again. Optimum yield of biomass and stevioside quality & quantity are best just prior to flowering. The plant also tolerates very low temperatures.
5.0 Post harvest operations
5.1 Drying
Drying of the woody stems plus the soft green leaf material is completed immediately after harvesting utilizing a drying wagon or a kiln. Depending on weather conditions and density of loading, it generally takes 24 to 48 hours to dry stevia at 40°C to 50°C.
5.2 Threshing

Immediately following drying, dry stevia leaves are separated from the stem through a thresher/separator. Stem and leaf portions tend to be equally represented at 6,000 kg/ha each.
6.0 Yield

(264) Start a Papain  Making Unit
Papain is a proteolytic enzyme from the cysteine proteinase family. It is manufactured from
the latex of raw papaya fruits as papaya is very rich in papain. A milky fluid known as latex
containing papain oozes out of the green papaya. The greener the fruit, more active is the
papain. papaya is grown in large quantities in the North-East region including Assam.
Papain enzyme results in high value-addition. Hence this product can be manufactured . It is also possible to produce papain enzyme in many other states
Maharashtra, UP, AP and so on. Ideally, some progressive papaya grower should undertake
this venture as a measure of forward integration.
2.0 PRODUCT
2.1 Applications
Dry powder made from the latex of raw papaya is commonly known as crude papain. Dried
papain is stored in powder or flakes form. They are diluted with lactose powder to get BPC
grade papain. There is a market for raw as well as BPC grade papain. This note considers
production of BP…
Read more