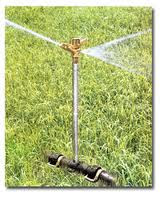 A sprinkler pipe is a pipe which carries water to a sprinkler, such as a sprinkler in an irrigation system or fire suppression system. Sprinkler pipes are part of a larger pipe network which is used to deliver water efficiently to locations where it is needed. Many hardware and home supply stores carry pipe which can be used for sprinkler systems, although people should be aware that systems have some special requirements and that it can be a good idea to retain a professional to install and maintain the system to ensure that it will work properly when it is needed.
In the world of farming and gardening, sprinkler pipes are part of an irrigation network used to deliver water to plants. The pipes may be buried underground or laid on the surface, depending on the climate and the preferences of the person doing the installation. Throughout the irrigation system, sprinkler pipes spur off the main pipe to supply water to individual sprinklers. People can control the delivery of water with various valves and separate piping systems to reduce waste.
PVC is a common material for sprinkler pipes, although other types of pipe can be used as well. The most common problem with sprinkler pipes is the failure of the pipe, which causes a leak and water loss. Fixing a broken sprinkler pipe involves locating the leak, turning the supply of water off, exposing the area of broken sprinkler pipe, cutting it out, and fitting in a new section. This task is not terribly challenging, but it is important to make sure that it is done properly to avoid creating more leaks in the system. 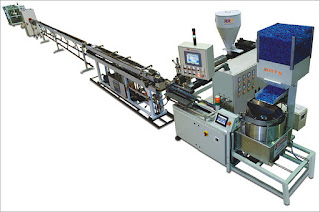 Agronomists all over the world believe that the sprinkler irrigation system is the best method to get maximum yield at an extremely low cost. Using sprinkler system can irrigate 2 to 3 time more farm land with same quantity of water. The sprinkler system cleans the surface of the plants, which help in easy photosynthesis thus making plants able to produce more. It save form irregularities of the weather.

In winters it saves from freezing of water. In summers it saves evaporation of water up to 40%.
The Sprinkler effect (like rain) saves water from flowing away and maximum water reaches to the roots of the plants. It spreads water around the farm in equal quantity thus saving plants from bad effects of water clogging and water scarcity. With Sprinkler Irrigation System farming can be done easily on uneven surfaces.

CONSTRUCTION
HDPE High Density Poly Ethylene is the most popular variety of polymers. Tijaria/Vikas sprinkler pipe is made of HDPE plastic material. It is the recommended material for the manufacture of high pressure pipes and is renowned world wide for its reliability. The characteristics that make it outstanding are its toughness, its resistance to chemical attack and its immunity to weather conditions. This makes it an excellent material to convey water. 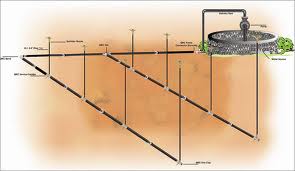 Drip irrigation, also known as trickle irrigation or microirrigation or localized irrigation , is an irrigationmethod which saves water and fertilizer by allowing water to drip slowly to the roots of plants, either onto the soilsurface or directly onto the root zone, through a network of valves, pipes, tubing, and emitters.It is done with the help of narrow tubes which delivers water directly to the base of the plant.
Drip irrigation is used by farms, commercial greenhouses, and residential gardeners.
Drip irrigation is adopted extensively in areas of acute water scarcity and especially for crops such as coconuts, containerized landscape trees, grapes,bananas, ber, brinjal, citrus, strawberries, sugarcane, cotton, maize, and tomatoes.
The advantages of drip irrigation are: 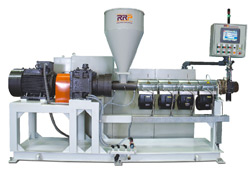