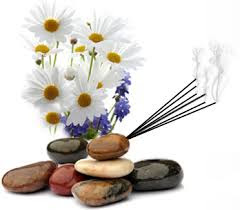 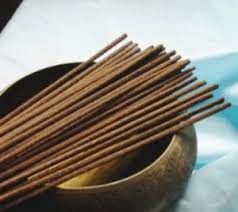 Agarbatti is a product which has become very common in day-to-day’s life.  It is
extensively used in all religious occasions and as room refreshers.
MARKET POTENTIAL
Agarbatti manufacturing is one of the traditional industries in the country.
Majority of the industries are based in Bengaluru (Bangalore).  There are other pockets of
concentration in other parts  of the country.  There is huge demand for Agarbatti in
domestic as well as in international market.
leverages the core strengths of the

Agarbattis” also known as “Incense Sticks” are made from aromatic plants and essential oils extracted from plants or animal sources. When lightened, they release fragrant smoke
which is used in religious activities, prayers, therapeutic and aesthetic purposes. These have been used since times
immemorial as an integral part of Hindu deity worship In India. There are about 10,000 agarbatti manufacturing units in the country including tiny, small and medium, besides another 200 well-established ones having over 50 branded agarbattis. Nearly 12 lakh people are directly or indirectly employed by the industry. India is exporting a wide range of  agarbattis or incense sticks that have natural, exotic fragrances extracted from jasmine, sandalwood (chandan) and rose. The incense sticks are packed in attractive packaging.
The  agarbatti industry depends heavily on forest products for raw materials—a
natural advantage since nature has bestowed upon it vast expense of forests.Capexcil (formerly known as Basic Chemicals, Pharmaceuticals and  Cosmetics Export Promotion Council) functioning under the aegis of Ministry of Commerce and industry, Government of India over the  years has been playing an important role in promoting exports of agarbattis from the country. Besides, ITC’s incense sticks
business launched as part of its strategic  initiative to create multiple

drivers of growth in fast moving consumer goods sector (FMCG), company  in marketing and
distribution, brand building, supply
chain management and paperboard
and packaging to offer Indian
consumers high quality agarbattis.
The company marketing  agarbattis
under the “Mangaldeep” brand
through 5 lakh retail outlets in the
country has doubled volumes from 50
million sticks per month to 100 million
sticks now. The company continues to upgrade the manufacture of  agarbattis  by villagers and small scale manufacturers. The company now sources all its requirements though  tie-ups with Sankranti, Ananth and Jayanti Domestic Products (all from Bangalore), Cottage industry of Aurobindo Ashram, Pondicherry, Prayer
Dhoop  Agarbatti (New Delhi), Swastik Industries (Chandigarh), Jayanti Products
(Agartala) and Khadi and Village Industries Commission (KVIC) mainly Coimbatore.
ITC thus helps the small and medium enterprises manufacturing  agarbattis, continuously by improving their quality and productivity.   The company has already  launched brands like “Spriha’ and “Mangaldeep’ along with  wide range of  a range of fragrances like rose, jasmine, bouquet, sandalwood.Packaged quite attractively, these brands appeal to a cross section of consumers at various price segments. These agarbattis are available in ‘fragrance locked packets’, Fragrance-locking’ is a unique concept of  packaging which helps to retain the
fragrance for a longer period. Through its participation in the business, ITC aims to enhance the competitiveness of the small and medium-scale sectors through its complementary R&D based product development and distribution. In pursuance of its abiding social commitment, the company continues to partner with small and medium enterprises to help them raise their quality and process standards. Six agarbatti manufacturing units have received ISO 9001-2000 certification aided by the company’s process and technical inputs. The business continues its collaboration with various NGOs in Bihar, Karnataka, Pondicherry and Tamil Nadu to provide vocational opportunities to rural youth and economically disadvantaged women in keeping with the company’s commitment.  ITC is also supporting an “Agarbatti Community Participation Programme” run by the Vyakti Vikas Kendra, a non-profit organization funded by the renowned spiritual guru Sri Ravishankar and located near Bangalore. Over 100 village women are gaining from the training that this organization imparts in rolling  agarbattis. ITC is also beginning to extend similar support to other NGOs in other states like Bihar, Tripura and Andhra Pradesh, who are also setting up  agarbatti  units, imparting training to village women in rolling agarbattis.India’s exports of Agarbattis to major countries India’s exports of  agarbattis in 2005-06, as may be seen from the table, shot up
steeply by 21.68 per cent when the same reached a level of Rs. 247.42 crore over
Rs. 203.33 crore in the previous year. Country-wise export trends reveal that USA
continues to be the largest market.  There was a phenomenal growth of 39.54 to this
market during the period----exports having touched a figure of Rs. 35.57 crore as
against Rs. 25.49 crore. The other major markets witnessing  steep growth during the
period comprised: Djibouti (92.74%), Sri Lanka (57.92%), Australia (53.75%), Spain
(46.43%), Mauritius (46.04%), Chile (38.99%), Egypt (33.51%), Malaysia (33.32%),
UAE (28.53%), South Africa (26.78%), and UK (26.58%)..
Recent Developments
(i) ISO-9001:2000 accorded to the vendors of ITC Ltd.  A recent newspaper
clipping stated that ITC   “Mangaldeep” brand of agarbattis is being marketed all over
the country through its wide network being operated by the cottage and small scale
units from Tripura, Bangalore, Coimbatore, Pondicherry and New Delhi.
Further, it says that hand-rolled agarbattis, essentially a cottage sector art perfected
by the tiny sector artisans at the village level has taken its first major step towards
science-backed quality systems in north-eastern part of India. The Agartala-based
Jayanti Domestic Products, one of the seven agarbatti venders of ITC, manufacturing
the nationally marketed “Mangaldeep” brand of  agarbatti  has received ISO-
9001:2000 quality certification for incense sticks within 12 months of starting fullfledged quality production.
(ii) Herbal bio-pesticide and mosquito repellant developed. The Central Institute
of Medicinal and Aromatic Plants, Lucknow, has developed a herbal formulation for
repelling mosquitoes and providing fragrance at the same time. The formulation can
be directly used without any mixture in the preparation of  agarbattis, dhoopbattis,
lotion, spray and floor emulsion. The Government has already chalked out a strategy
to commercialize these products for mass production and consumption. The knowhow for making herbal agarbattis has already been transferred to three entrepreneurs
for large scale production (http://pib.nic.in).
(iii) ITC launches  agarbatti  range in Europe.  ITC Ltd has opened up effective
fragrance trail all the way from Pondicherry to Paris   (France) to launch a new range
of handcrafted agarbattis (packets of 20s and 10s) in Europe under the brand name
“Encens de Pondicherry”.  The company’s  agarbatti strategic business unit has
launched three new series—“Heritage de Pondicherry”, “L’Air de Pond
PROCESS OF MANUFACTURE
A typical formulation of Agarbatti is as under:
i)   Acacia Powder  -  400 gms.
ii)  Jigat Powder  -  100 gms.
iii)  Charcoal  -  250 gms.
iv)  Bamboo Sticks  -  100 gms.
Acacia Powder, Jigat Powder, Charcoal and Sandalwood Powder etc. are mixed
by hand with water to a semi-solid paste and the same is applied to sticks by rolling with
hands.  The rolled Agarbattis are dried, dipped in perfume and packed.
FINANCIAL ASPECT
Production Capacity  -  1,10,000 pkts. of Agarbatti Sticks per annum.
i)   Covered Area  -  75 sq. metres (rented).
Fixed Capital:  Rs. 38,500
ii)  Machinery Equipment viz. Small Mixing Vessel,
Wooden Plank for rolling, Dipping Vessel, Trays, Racks,
Weighing Scale and Furniture etc.
iii)  Working Capital (for three months) 1,28,700
Raw materials (viz. Acacia Powder, Jigat Powder,
Charcoal and Sandalwood Powder, Bamboo Sticks,
Perfumes, Di-ethyl Phthalate/White Oil, Packing
materials); and
Staff, labour and rents etc.
iv)  Total Capital Investment.  1,67,200
v)  Cost of Production (per annum).
Recurring Expenditure, interest and depreciation.
5,41,970
vi)  By sale of 1,10,000 packets of Agarbatti Sticks @ Rs.5/-
per packet.
6,05,000
vii)  Anticipated profit per annum.  63,030
viii)  Employment.  6 Nos.